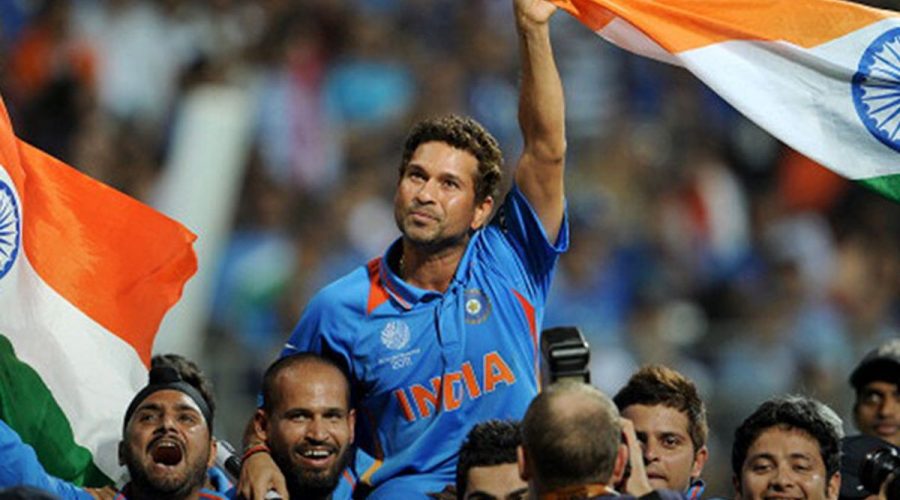 Nostalgia!! The prime factor behind every cricketing fan to follow the cricket keenly even today.  Moments make everything perfect and it is the reason why we always follow cricket. since your childhood cricket is one constant process in your memories if you are a cricket fan. In India, memories of cricket are stored more than their personal life. cricket has been followed as religion In India and it is one of the sort with the most ardent fans.

Since 1983 world cup win for India, the craze has become more and some even started dreaming for playing for country in world cup. Even Sachin tendulkar started his world cup dream after the 1983 world cup win of India. Okay, let us get back to the moment, there are lots of moments to be cherished in the cricket field in the history of Indian cricket. from the oldest days to the current days, memories are filling day by day in the Indian cricket. every memory is a gift for a fan to cherish forever. It is the fans who enjoy the game than the players playing in field. In today’s column, let us discuss about the evergreen moment of Indian cricket. 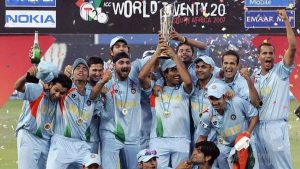 2007 was being a very worst year for Indian cricket as they crashed out from the world cup in group stage. It was a very sad period for all Indian fans as everyone expected India in the final. They lost unexpectedly to Bangladesh and lost to Sri Lanka in the final league game and was crashed out of the world cup. 5 months later, there came another world cup but this time in a different format. This time nobody had hope because entire team was young with Dhoni leading the charge. But when everyone least expected, India was emerged champions in the world cup T20 by beating Pakistan in the final. Yuvraj Singh was the hero of the world cup with some blistering knocks in do or die match against England in which he smashed the historical six sixes in an over off Stuart broad and a brilliant 70 off 29 balls against Australia in the semifinal to give India the win. This is one of the best memories of Indian cricket. especially in the final, it was just a five runs victory which made India the world champions in T20.

India was touring Pakistan after the gap of 15 years and it turned out be one of the most memorable tour for Indian cricket. in the ODI series, India won 3-2 in a thrilling series and then won test match series 2-1 to make it more memorable and beautiful for the fans. Sehwag became the Sultan of Multan as he became the first Indian to smash a triple hundred in test cricket as took on Pakistan bowlers violently in his knock of 309.  Every fan will remember this tour with each of their memory in personal life. 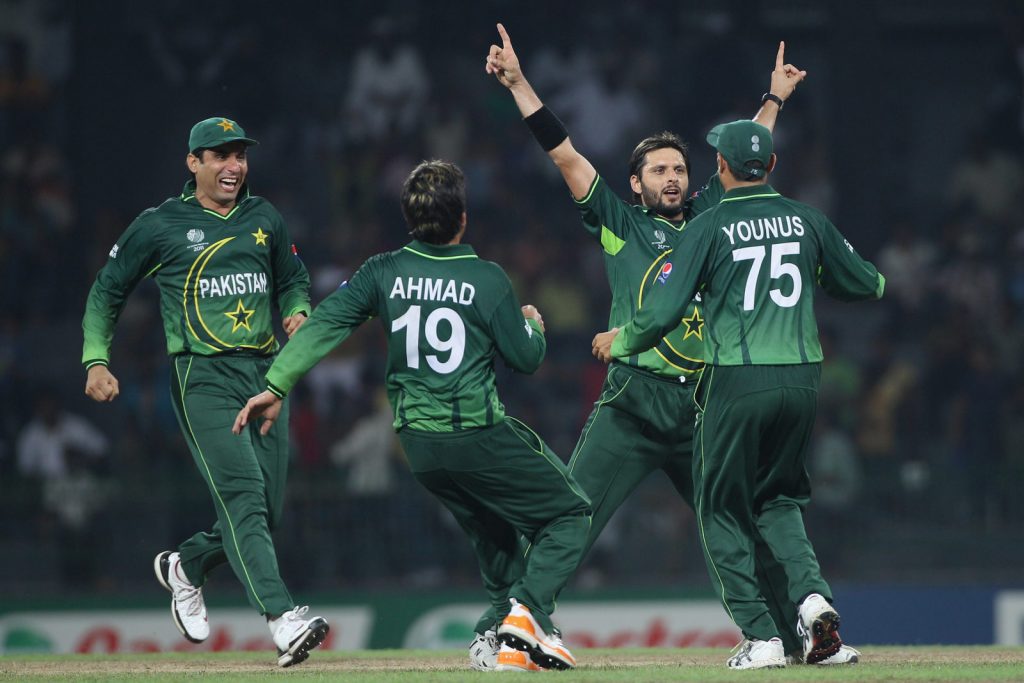 We don’t want a world cup but we need a win in this match, that would have been the request of the fans from both the country. Pakistan batted first and played really well to post a 274- run target which was difficult to chase during that time. but in the end, it was chased easily and India won the game by 6 wickets. Sachin’s brilliant 98 fetched him a man of the match award. That knock includes an evergreen memory for Indian fans when he cut Akthar for six to third man area. it is the shot which takes place in all the cricket conversation happen in the streets.

This was mentioned above but this memory deserves a separate heading as this is the most Important memory and also the moment which made Yuvraj Singh the darling of the masses. He had a rift with Flintoff just before this over and hitting Broad for sixes in every ball was the moment which declared Thug in his life. most importantly, this was scored in do or die game which made them qualify for the semifinal. 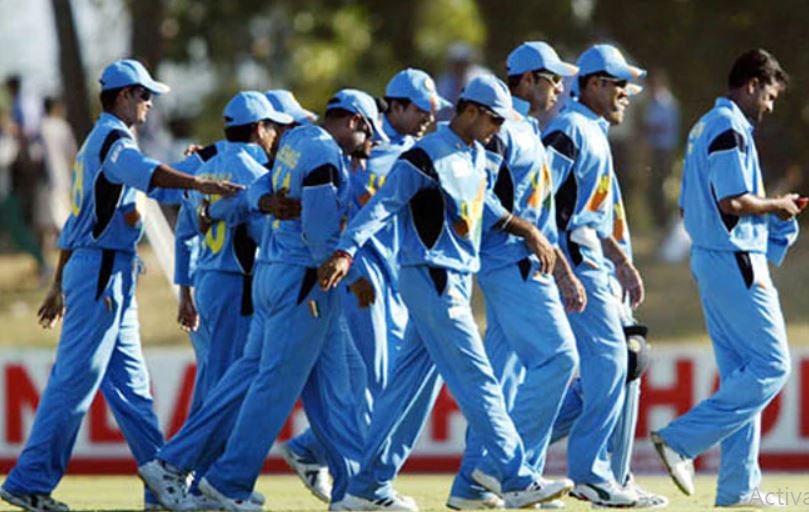 India would have lost the final against the powerful Australia during that time, but the performance till the final will be in everyone’s heart with Sachin leading the charge with 676 runs. India dominated every team other than Australia and it was one of the best world cups in the history of Indian cricket. fans hoped for a world cup win ahead of final which would have been a world cup win after 20 years, but Australia proved to be too good on the day which made the final as a one sided affair.

8 years after the heartbreak, India finally lifted the world cup under MS Dhoni in Mumbai and of course it is forever moment to cherish for the Indian fans. Entire nation prayed and played along with them to make sure their nation has the world cup after 28 long years. The commentary from Ravi Shasthri when Dhoni scored the winning six is still fresh in everyone’s mind. Yuvraj Singh was once again the hero of the world cup with his all-round performance. He played too many match winning knocks in that edition and he was declared man of the tournament. The special thing about 2011 world cup is each and every player in squad contributed and India emerged champions.

When Sachin was already the master and God of cricket, he became the first man to score 200 in the planet in an ODI match. That shocked the cricketing world and every of his fans were going crazy and Indian fans got another moment to cherish. He reached this feat in the last over of the game against South Africa in 2010. This was another feather to his cap and fans still cherish this knock as the most special one. The record might have been broken, but this double hundred still remains the most epic one.

In a test match, kumble became the first man to pick up ten wickets in an innings and that moment is one of the greatest moments for every Indian fan. In a test innings, taking a five- wicket haul is the biggest achievement, and Kumble has managed to pick up 10 wickets. He is one of the greatest leg spinners of all time who finished with 619 wickets in his career. Sometimes, even selectors doubted his capacity in foreign pitches but what happened is that he took wickets and troubled batsman in every part of the world. 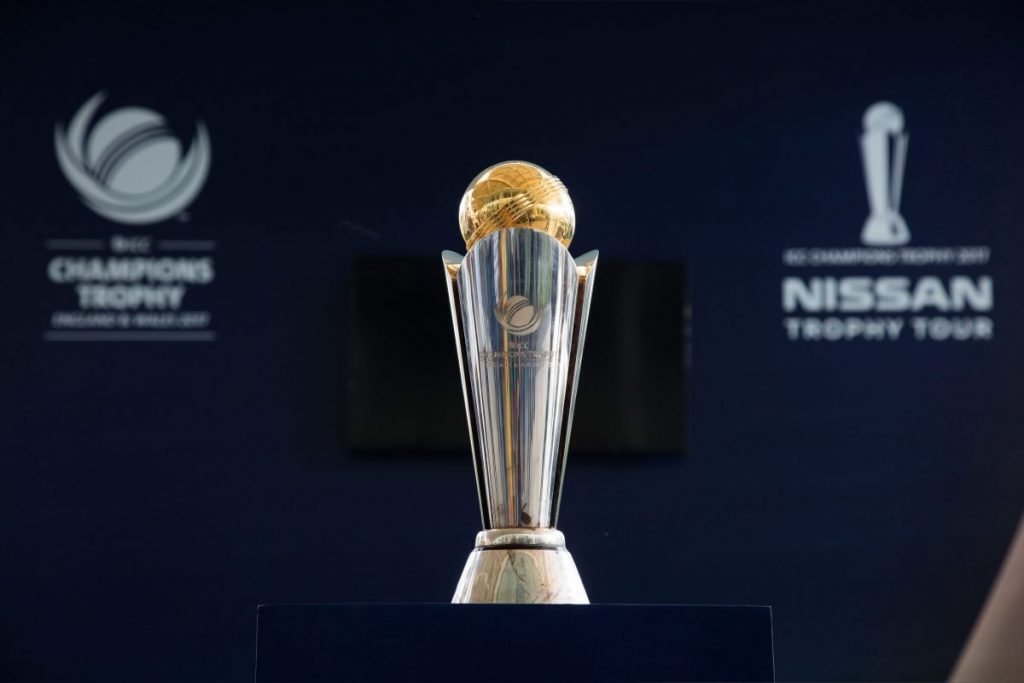 The hopes were out of the Indian camp when South Africa were cruising towards victory in the semifinal of the 2002 champions trophy. But India caused a miracle collapse and qualified for the final. India was chasing low target in the final against Lanka, but rain caused the damage and the match was called off and the trophy was shared. But still, it was a pleasant performance from India and will be added to one of sweetest memory of the Indian cricket moments.

Once again, entire hopes were damaged because India was facing a defeat in the Natwest Final in 2002 at lord’s. but Yuvraj and Kaif had other ideas, they put up a historic partnership and finished the game for the team and won the game. More than the victory, it was Ganguly’s Shirtless celebration that will be stored in memory of fans and also it will make the game be remembered forever. DADA the aggressive captain and he has justified the tag by this act. 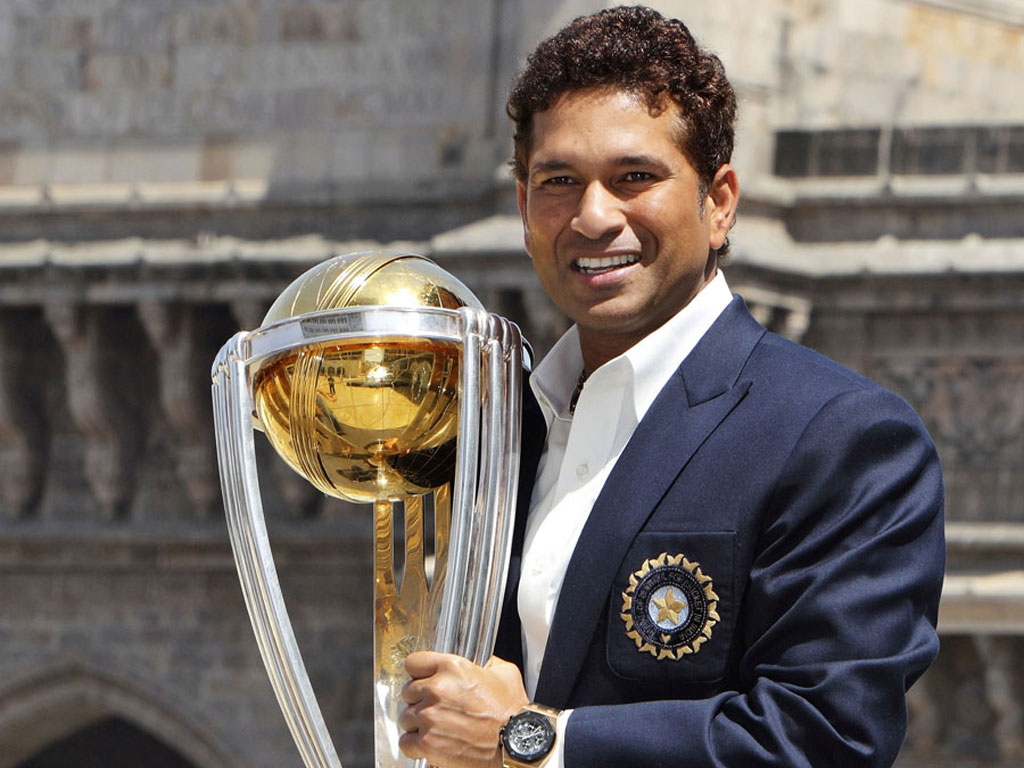 If you ask cricket to anyone born in 1980’s, one of their best cricket memories will be Sharjah cup where Sachin Tendulkar dominated every bowler he faced. It was not a classic Tendulkar we witnessed; it was attacking Tendulkar we witnessed. That was innings which was stuffed with terrific shots. It was the tournament which made him a master blaster Sachin Tendulkar and since then he is worshipped as the God of cricket. this cup will be added as one of the ebst memory in the history of Indian cricket.

India have lost games and they have lost a lot, then why is this test special, yes for the first four days of test match India was losing a one-sided affair against Australia and it looked like it is going to be get over in 3 and half days. But no, the game had other plans, Laxman scored his career best 281 and put on a record partnership with Rahul Dravid to get India the lead coming back from the follow on and guess what? It was not even a draw; it was the lead which proved enough in the second innings for India to bowl Australia out and register their best test win ever. It is still remaining as the most sweet and best test win in the history of Indian cricket.  Two decades went by, there was lot more best test wins for India, but nothing matched the level of this win as this one was the most unexpected and a special test win. 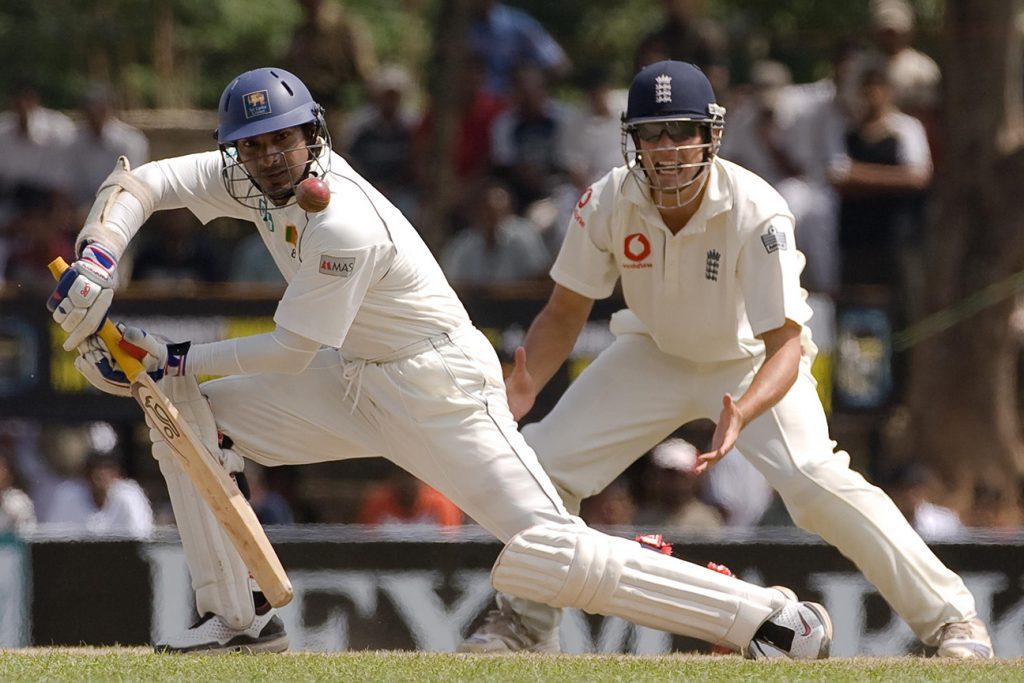 In 2004, Sydney test was one of most memorable tests for India as they have registered a win in Australian soil after 24 long years. Australia scored a massive 556 batting first and India was reduced 80-4 in the first innings, it was decided that it is another usual overseas test, but laxman and Dravid turned back the clock to Kolkata style test as they have put a massive partnership and India was bowled for 523. Both Ponting and Dravid scored double hundreds for their teams. Now, the match was heading for a draw but Agarkar had other ideas as het picked six wickets in the second innings which bowled out Australia for 196 leaving India to chase 230 on the final day. Final day came and India chased the target and won by four wickets to make history. On those days, beating Australia was the biggest achievement in cricket and that day was the day fans celebrated like anything.

In 2011, India was the most top contender to win the cup. But in 1983, india was not even in the top 6 contenders to win the world cup. Despite all odds being against them, they reached the final of the world cup. Even after reaching the final no one had hope and all odds was zero on India. India batter first and bowled cheaply for 183 which was decided the defeat of India and everyone expected West Indies to lift the world cup for third time. once again, fate twisted and the Mighty batting line up of West Indies was bowled out for 142 to give India the world cup in 1983. That moment is the most cherished moment in the history of Indian cricket. 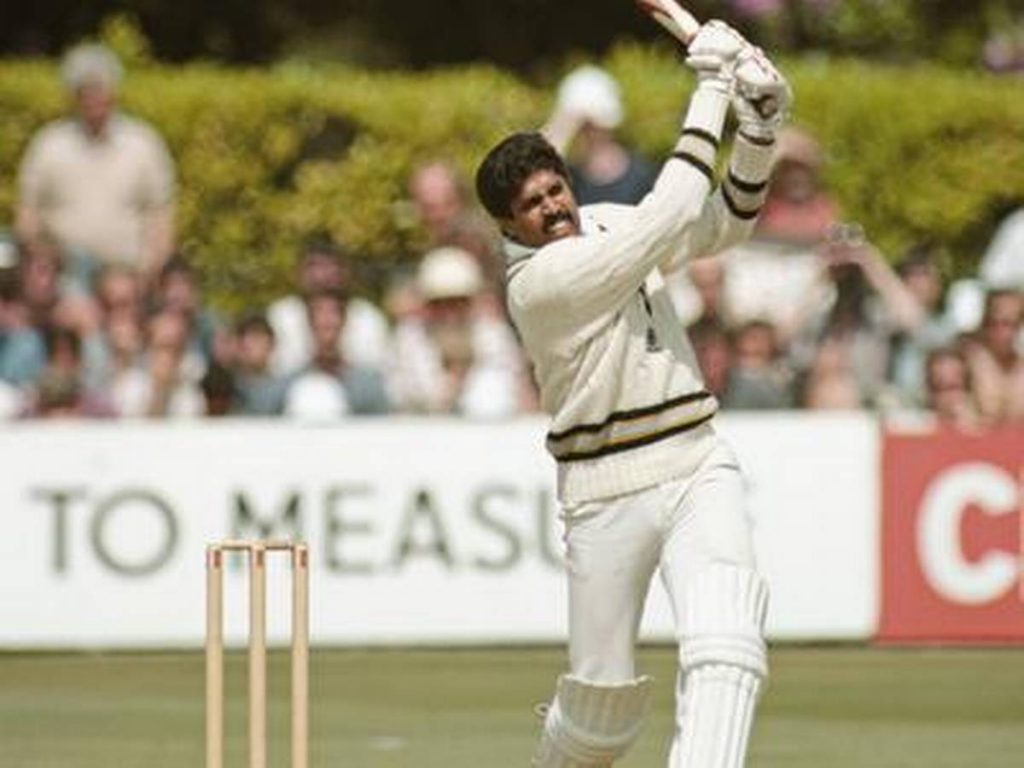 India was totally down at 20-5 against Zimbabwe in a world cup game and then the super legend Kapil Dev played a miracle inning of 175 which chased down the target and gave India an unexpected win. People of that generation who watched the game live still cherish the game.

Sehwag smashed strong South African bowling attack to 319 runs in Chennai pitch which was a bowling track. He took on the hapless South African bowling attack and scored his second Triple hundred and that day was celebrated by every player fan. That is the knock against one of the strongest batting lines up in the world and it is still one of the greatest knocks played by the Indian.